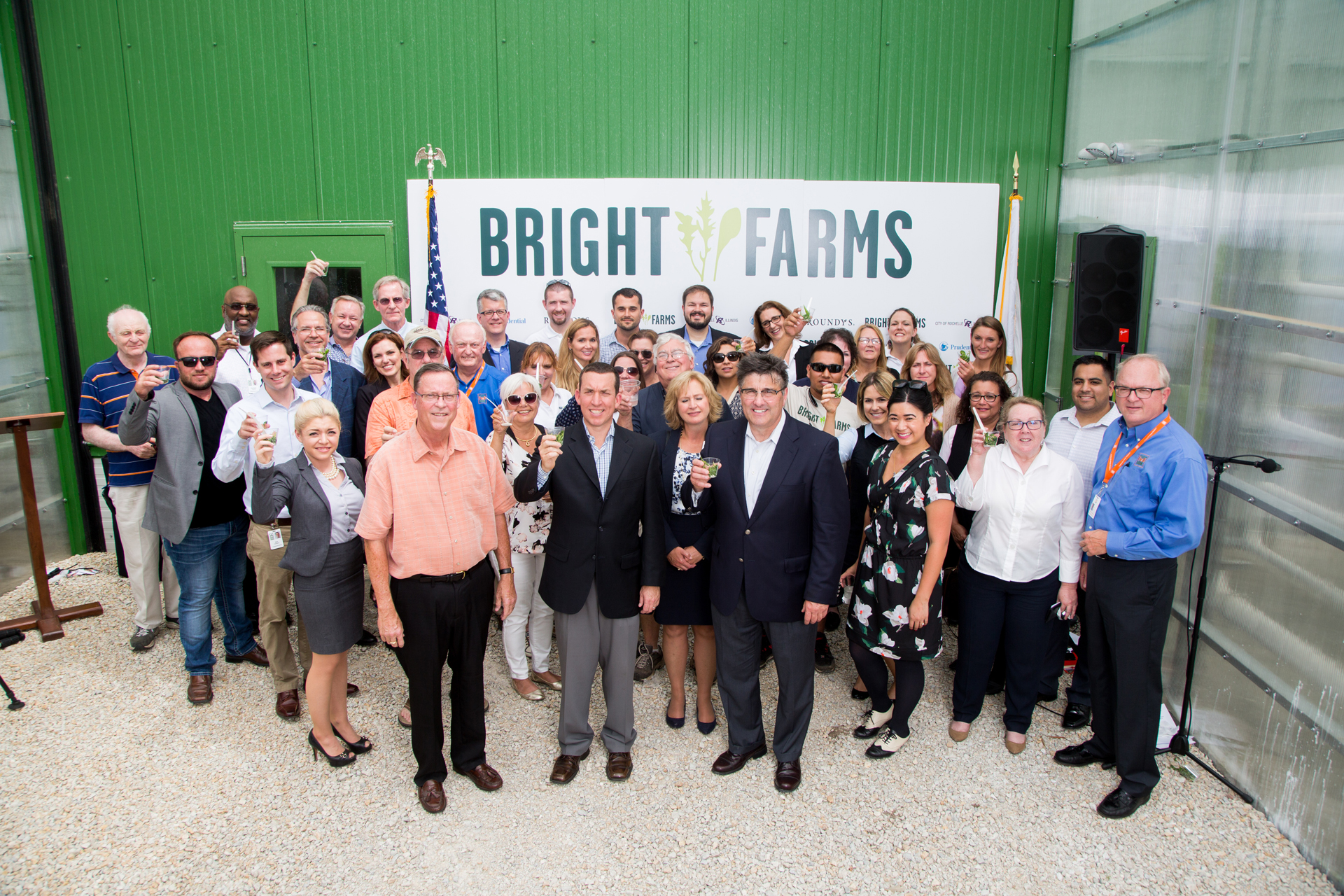 BrightFarms, a startup revolutionizing the U.S. produce supply chain by creating the first national brand for local produce, today made its first produce shipment from the BrightFarms Chicagoland Greenhouse in Rochelle, IL to Mariano’s Chicagoland stores and Roundy’s Pick ‘n Save and Metro Market stores in Wisconsin. The greenhouse will grow over one million pounds of the freshest and most flavorful salad greens, herbs and tomatoes per year exclusively for Roundy's Supermarkets, Inc. (Roundy’s), a wholly-owned subsidiary of the Kroger Co. (NYSE:KR).

A model for the future of local, low-impact farming, the BrightFarms Chicagoland Greenhouse is now the most productive farm in the Chicagoland market, the most sustainable source of year-round baby greens and tomatoes in all of Illinois, and among the most productive salad greens farms, per square foot, in the world. It creates permanent green collar jobs, significantly reduces food miles, and improves the environmental impact of the food supply chain.

"Consumers want access to fresh, local produce year-round and we, along with Roundy's, are working tirelessly to meet this demand in the Chicagoland market," said BrightFarms Chief BrightFarmer (CEO), Paul Lightfoot. "Produce from our Chicagoland Greenhouse is delivered within 24 hours of harvest and often grown less than 100 miles from where it's sold. That’s a 98 percent improvement from the thousands of miles produce usually must travel to reach supermarket shelves."

A cutting-edge, scalable solution to Americans' increasing demand for local and sustainable food, the greenhouse encompasses over 160,000 square-feet. It uses 80 percent less water, 90 percent less land and significantly less energy to grow its products than the items it replaces on supermarket shelves. All produce is Non-GMO and pesticide-free.

"We're thrilled that we can offer customers access to fresh lettuces, tomatoes and herbs within 24 hours of harvest," said Bob Mariano, President & CEO of Roundy's. "Together with BrightFarms we're working to improve the food supply chain -- a win for the environment and a big step in the right direction."

BrightFarms is recognized as a thought leader in the local food movement because of its unique ability to provide sustainable, local produce at a profitable, commercial scale. It's business model, crafting partnerships with supermarkets, cities, capital sources, and vendors, allows it to give retailers steady supply and pricing and to provide consumers year-round access to the freshest produce possible. Together with strategic partners such as Roundy's, BrightFarms is improving the landscape of modern farming and supply.

"We're honored BrightFarms chose to put down roots in Rochelle, and are thrilled that it's now up and running," said Rochelle Mayor, Chet Olson." This project has created 30 local green collar jobs and over 100 local construction jobs, which means more dollars have been kept in the Rochelle community."

ABOUT BRIGHTFARMS: BrightFarms grows local produce, nationwide. BrightFarms finances, builds, and operates local greenhouse farms in partnership with supermarkets, cities, capital sources, and vendors, enabling it to quickly and efficiently eliminate time, distance, and costs from the food supply chain. BrightFarms’ growing methods, a model for the future of scalable, sustainable local farming, uses far less energy, land and water than conventional agriculture. Fast Company recognizes BrightFarms as “One of World’s 50 Most Innovative Companies” and one of the “Top 10 Most Innovative Companies in Food” in the world. For more information, please visit www.brightfarms.com.